As a thank you for subscribing to the Hanna Dare newsletter you’ll also receive two short stories — one a prequel to Machine Metal Magic , the other set just after that book. Enjoy these steamy space adventures! 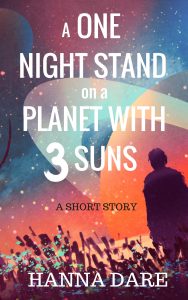 Xin is a bounty hunter used to capturing his targets, but he may have met his match in Jaime. A young man with unique powers, Jaime is on the run from forces larger than either of them. On a distant world, far in the future, these two men will have a night of adventure neither will soon forget. 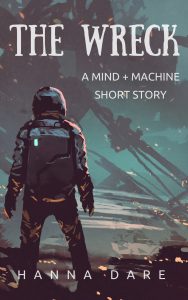 The end of Machine Metal Magic found Jaime and Rylan part of the crew of the spaceship The Wayward Princeand very much together. But a relationship that began with secrets and lies means that they need to get to know each other better. It’s just not easy to find the time when being chased by pirates… and exploring a wrecked ship that has secrets of its own.

Philip and Ejoler managed to escape the village of Shadow’s Vale with their lives and a dragon’s egg belonging to Ejoler’s late sister. Now they’re enjoying a life of romance and adventure together… except the egg is about to hatch and change their lives forever.

Set after the main events of the novel, The Dragon Hunter’s Son.

And you can always get the first instalment to the steamy Chasing Cameron series, Confused (at the conference), for free! Just head over the books page to get links to the retailer of your choice.

Listen to the music of Sing Out on Spotify:

Music from the story Gonna Listen To My Body Tonight. Head back to 1999 with some fave shoegazer music and trip hop!